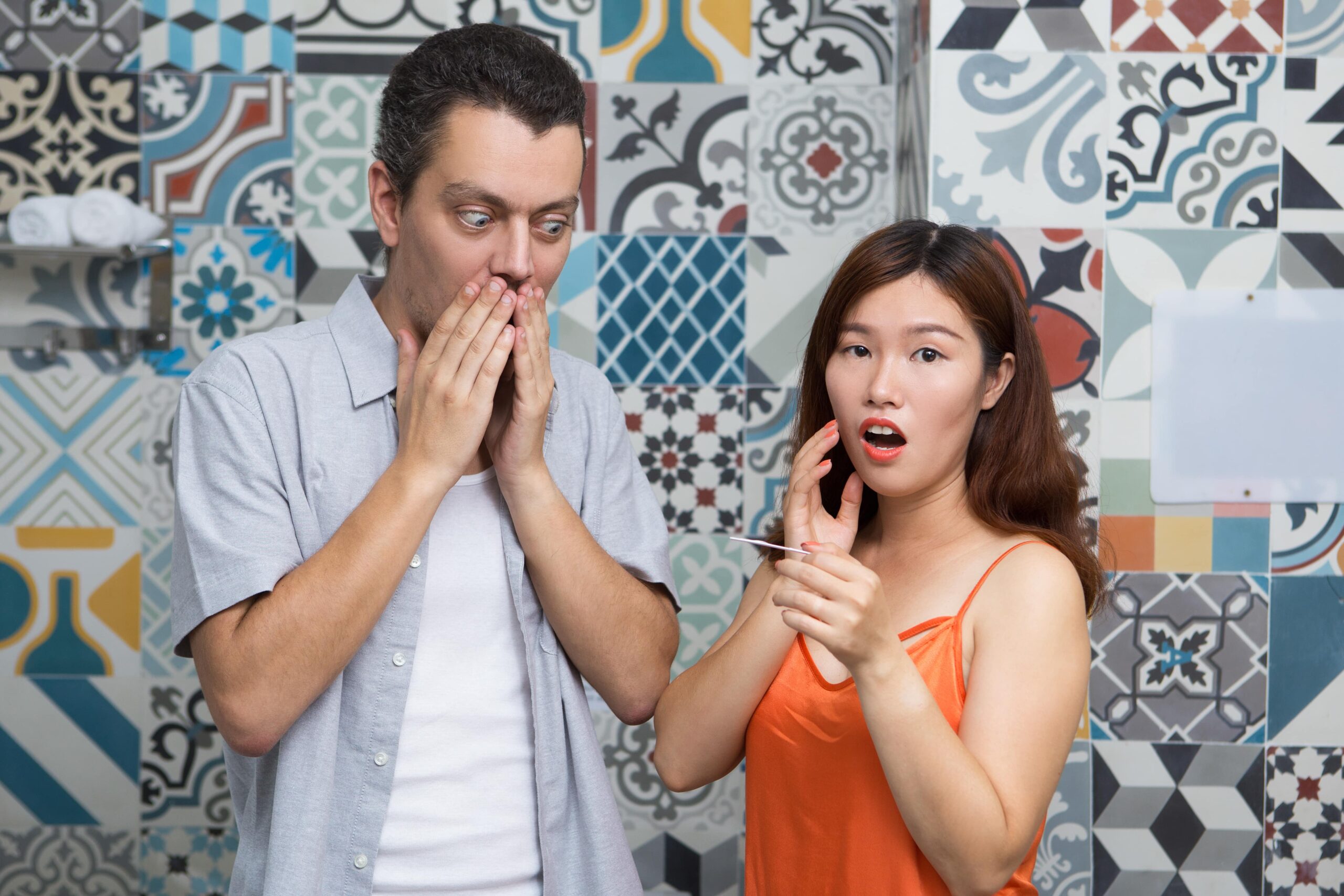 There are still a lot of myths and misconceptions on how pregnancy happens, and we’ll discuss some of them in this article. Read on if you’d like to strengthen your knowledge on how babies come about.

How does pregnancy happen?

The menstrual cycle plays an important role in becoming pregnant. Every month, around two weeks before a woman’s next period, one of her ovaries releases an egg cell. This egg cell travels through the fallopian tube, and stays there for 12-24 hours. The egg cell can be fertilized by a sperm cell at this stage — but how can a sperm cell get there?

If there is no sperm cell that fertilizes the egg cell, the egg cell will travel down to the uterus to dissolve along with the thickened uterine lining. Menstruation will then begin soon after this. Sperm cells can survive for up to five days inside the woman’s reproductive system to wait for an egg cell to be available; but if there is no egg cell available for the sperm cell to fertilize, the sperm cells will dissolve.

If one of the sperm cells successfully reached the egg cell and fertilized it, the fertilized egg cell begins dividing and dividing to produce a zygote. This process happens for three to four days in the fallopian tube. The zygote then continues dividing as it makes its way to the uterus, eventually becoming a blastocyst. This blastocyst implants itself into the endometrium, where it will develop into an embryo — this is now the point where we can say it is pregnancy.

How long does it take?

Pregnancy doesn’t instantly happen right after sexual intercourse. The entire process usually takes five days up to two weeks, which is why pregnancy tests are best done if menstruation is already a week delayed.

However, sexual intercourse isn’t just about putting the penis in the vagina. There are a lot of other things and sexual activities that may also lead to pregnancy. Here are some questions that may have been lingering in your mind.

Can pregnancy happen from…

Just getting the tip

A pregnancy is possible if there’s semen or pre-cum — no matter how little — is on a penis, and that penis enters the vagina.

If the person ejaculated recently, then there could be semen on their penis. Pre-ejaculate (pre-cum) could also be on the tip of the penis, which could also contain some sperm cells and get you pregnant.

Yes. The withdrawal method (also known as the pull out method) is not the most effective contraceptive method. In fact, 22% of people using the withdrawal method will have a pregnancy. That means that 27 out of 100 couples using this method become pregnant each year.

Even if the man pulls out and ejaculates outside the vagina, pre-cum may still have traces of sperm cells. That’s why the withdrawal method is not the best contraception if you want highly effective protection against unintended pregnancy.

Yes, it’s still possible. Although the chances are higher when a woman is ovulating, that doesn’t mean that pregnancy is totally impossible when she’s not within the ovulation phase.

Having sex right before menstruation

Yes. Pregnancy is always possible when having sex at any time of the menstrual cycle, but the chances are lower one to two days before menstruation.

Having sex during menstruation

Yes. It’s unlikely to get pregnant when having sex during menstruation, but that doesn’t mean it’s impossible.

When sex happens during the last few days of menstruation and ovulation happens early, there’s a possibility that the sperm and egg cell are present at the same time for fertilization to occur.

Having sex right after menstruation

Yes. Pregnancy is unlikely, but the chances are slightly higher than having sex during menstruation.

It can lead to pregnancy when sex happens right after menstruation and ovulation happens early that month.

No, in most cases. It depends on what your partner has on their fingers. Penetrating the vagina with clean fingers that have no traces of semen or pre-cum will not lead to pregnancy. But if the fingers used for penetration have some drops of semen or pre-cum, there is some risk of pregnancy.

No. Dry humping with clothes on cannot lead to a pregnancy because there’s no way for semen to get in the vagina.

Having sex standing up

Yes. It doesn’t matter what position you do it, unprotected vaginal sex always carries the risk of pregnancy.

Not having an orgasm

Yes. Orgasm is experienced by men and women, but pregnancy can still happen even if sex does not end in orgasm.

Semen is ejaculated from the penis when a man orgasms. But even if the man does not orgasm, he could unconsciously release pre-cum that may contain sperm cells capable of fertilizing an egg cell.

What can you do

Time is of the essence when you’re worried about a potential pregnancy that’s unwanted. Here’s what you can do:

If it’s less than 72 hours since you had sex, you still have time to take emergency contraception. It can prevent pregnancy even after the incident, by preventing or delaying ovulation.

How to reduce your risk for unintended pregnancy from here on

The best way to stay protected from unintended pregnancy is by using reliable contraception. Modern contraceptive methods are up to 99% effective in preventing pregnancies when used correctly and consistently. There are different methods to suit different needs and lifestyles, so it’s best to have a chat with a healthcare provider for guidance in choosing.