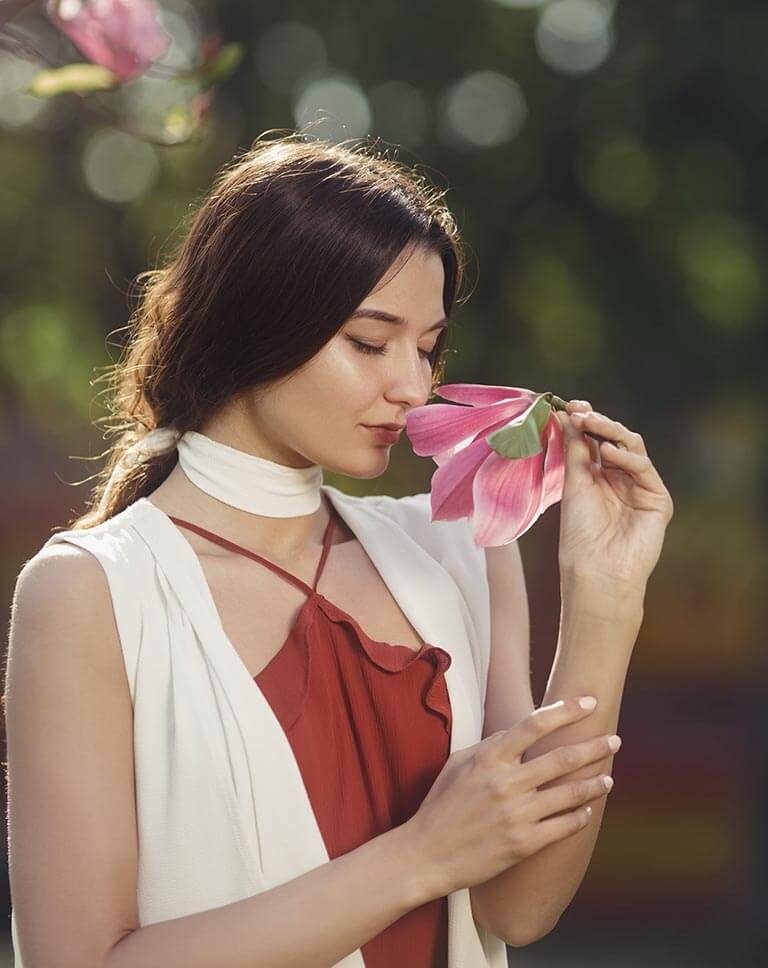 A healthy vagina can have different smells, but it isn’t supposed to smell like a flower.

The television bombards us with a lot of advertisements for feminine washes and feminine products that promote different scents such as “passionate bloom”  or “fresh blossoms”. All these products attempt to hide the vagina’s natural odor, and make us feel ashamed of how our body really works.

The vagina is home to billions of naturally occurring bacteria, and it can change daily — even hourly. The food you take and your health status are just some of the factors that can affect how your vagina will smell. It’s normal for the odor to change along with shifts in hormones during the menstrual cycle, pregnancy, and menopause. Aside from that, the groin contains sweat glands, so it shouldn’t be a surprise why your vagina isn’t odorless.

There are a few common vaginal odors that women will encounter at least once in their lives, and we’ve rounded them up.

Smelling sweet and earthy is common, and shouldn’t be a cause for concern. Aside from changes in your vagina’s pH level and bacterial ecosystem, what you’ve eaten could have caused the sweet odor. Citrus fruits such as oranges and pineapples could sweeten the smell of the vagina.

However, an overgrowth of yeast in the vagina could also result in making the vagina smell sweet. If the sweet odor is also accompanied by intense burning, itching, or feeling of dryness in the vagina, it’s best to consult an OB-GYN about this.

It’s common for the vagina to produce a sour odor, similar to fermented food. In fact, a healthy vagina and some foods such as yogurt and sourdough contain a similar type of good bacteria: lactobacilli.

The sour odor is most likely caused by acidity, which is how the pH level of a healthy vagina should be. The acidity is maintained by the lactobacilli bacteria, which prevents bad bacteria from growing excessively.

You might’ve experienced light bleeding after sex, which also makes the vagina emit a metallic odor. Vaginal dryness or vigorous sex are the common culprits of small cuts and scrapes that caused the bleeding. Using water-based lube such as EZ Lubricating Jelly may prevent this next time. If you’ve had sex without a condom, the mixing of semen and vaginal fluids could also result in emitting a metallic odor.

There are serious causes of vaginal bleeding that may also lead to a metallic odor. Best to see a doctor immediately if you’re experiencing bleeding not related to your period and if the metallic smell persists and is accompanied by itching and discharge.

If you start smelling something fishy down there, that could be a sign that something really is fishy!

Fishy vaginal odor is usually caused by an infection, either bacterial vaginosis or trichomoniasis — but don’t panic! Both of these could be easily cleared up with antibiotics.

You may have bacterial vaginosis if fishy odor intensifies right after sex, and accompanied by an increased discharge. This infection is caused by an overgrowth of bacteria that disrupts the vagina’s sensitive pH balance. On the other hand, symptoms of trichomoniasis (a common sexually transmitted infection) include a fishy odor, green discharge, vaginal itching, and pain when peeing. Trichomoniasis usually causes a stronger odor compared to bacterial vaginosis.

Go see a doctor immediately if you experience any of the symptoms listed above. They’ll check what’s causing your symptoms and advise you what medicine to take. Don’t attempt to douche or self-medicate because these may make things worse.

A foul odor that makes your nose wince is a sign of a serious situation.

Pelvic inflammatory disease (PID) may cause a foul odor, pain in the lower abdomen, and painful sex. This disease is serious and should be consulted with the doctor to prevent it from getting worse. Fortunately, it could be treated with antibiotics when it’s given medical attention immediately.

A forgotten tampon inside a vagina could also cause a foul odor. It’s okay to take a forgotten tampon on your own, but you also shouldn’t be embarrassed about visiting an OB-GYN for assistance and getting checked.

Musky scent similar to body odor is normal — especially if you’re an active gal — because the sweat glands near your vagina release moisture. If it really bothers you, better talk to your doctor about it to ensure that it’s nothing serious.

Aside from physical activity, stress and anxiety could also cause sweat glands to release moisture. The apocrine glands (a type of sweat gland) produce a milky fluid when you are stressed or anxious. The fluid is odorless on its own, but can produce a sharp odor when it mixes with vaginal bacteria on your vulva.

An odor that smells like chemicals or bleach could be caused by a buildup of pee in your underwear or around your vulva. If the smell is strong, that can be a sign of dehydration.

Some women’s vaginas could also be sensitive to scents in condoms and lubricants. Try condoms with milder scents, or unscented lubricants such as EZ Lubricating Jelly.

When to see a doctor

Changes in vaginal odor are completely normal and okay, but there are things that you should watch out for.

If an odor makes your face scrunch up, that’s a definite sign that you should see a doctor. Rotting fish, a dead organism, and decay are serious odors that may need medical attention immediately.

Other symptoms that you should watch for are:

How to avoid unpleasant odors

Good hygiene is one of the most important and easiest ways to reduce vaginal odor and keep the vagina healthy.

Using a condom prevents the contact of semen and vaginal fluids that could cause an odor when they mix together.

Urinating and rinsing the vulva with water after sex helps wash away bacteria that shouldn’t be inside the vagina.

Cut back on sugar and boost water intake

Consuming a lot of sugary foods can encourage overgrowth of yeast, and cause vaginal odor to smell stronger.

Drinking plenty of water in a day prevents bacterial overgrowth and lessens the smell of sweat, which leads to fainter vaginal odor.

32 thoughts on “Different Vaginal Odors And Their Causes”