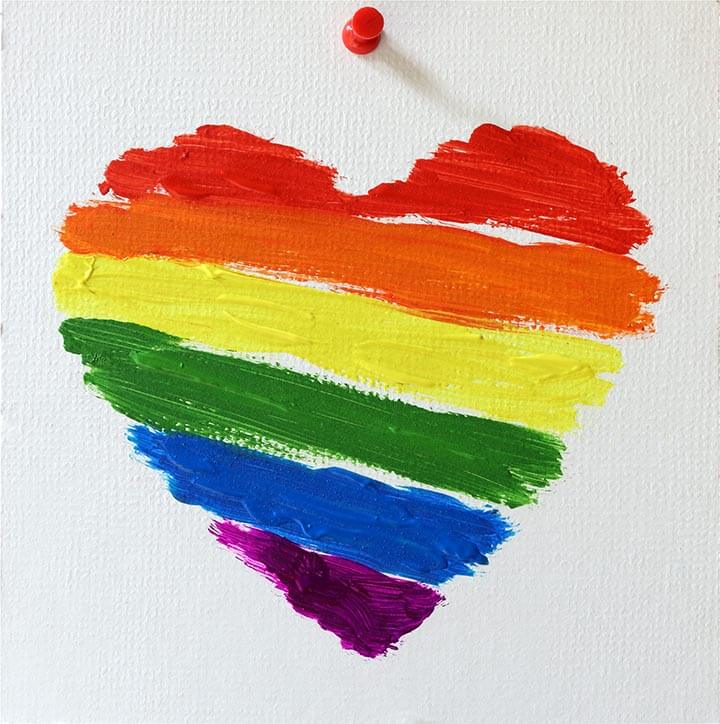 Bisexual. Gay. Queer. Straight. Lesbian. There are many different terms we may use to describe our sexual orientation (sometimes called sexual identity).

Guy. Transgender. Girl. We also use a lot of different terms to describe our gender.

You may know early in life what your sexual identity or gender is or you may not be sure. This article should help you get a better understanding of what sexuality and gender is all about.

Before we get into the different types of sexual identities and gender identities, there are some basic concepts you need to know.

Your sex is based on the biological characteristics used to label people as male or female such as internal and external sex organs, hormonal levels and things like hair growth and breast development. These are characteristics you are born with.

Everyone has their own unique body and hormone levels. These factors combine to affect us in different ways.

Some people are born intersex, which is a general term used for a variety of conditions where a person is born with biological characteristics (such as hormones, reproductive or sexual anatomy) that don’t seem to fit the typical definitions of female or male.

Your gender identity is how you identify and present yourself, for example as a boy or man, or as a girl or woman.

Gender isn’t about whether you were born with a penis or vagina, but how you feel about yourself. Some people are transgender, which means their gender identity is not the same as their biological sex.

Some people may also feel like they don’t fit into either the male or female category of gender.

Your sexual orientation (also known as sexual identity) is based on your feelings, attractions, and desires.

People can be attracted to people of the same sex, the opposite sex, to both sexes, or may not experience sexual desire or attraction towards anyone, which is called asexuality.

Sexual orientation can be fluid and can change throughout your life.

Sexual orientation can vary from person to person. For example, you can be a girl but may have feelings for another girl. Or be attracted to both girls and guys. Sexuality is complicated! And it’s okay to be confused and to experiment and figure things out.

“LGBTQ” is an acronym often used to describe people of different sexual orientations and gender.

People who are attracted to members of the other gender often call themselves straight or heterosexual.

People who are attracted to people of the same gender often call themselves gay or homosexual. Women who are gay may prefer the term lesbian.

People who are attracted to both men and women, or people of any sex or gender identity, may call themselves bisexual.

People who are unsure about their sexual orientation may call themselves questioning or curious.

People who don’t experience any sexual attraction for anyone may call themselves asexual.

Our culture has rules about what is socially acceptable and for many people who do not identify as heterosexual, they are not accepted in society. Due to the local culture, lifestyle, and religions, there can be negative attitudes towards LGBTQ people and the result is that many LGBTQ people try to ignore or suppress their feelings and pretend to live as heterosexuals to avoid trouble. However, there is also a growing acceptance of LGBTQ and the Philippines has seen a massive growth in support networks for LGBTQ individuals.

Our gender identity is how we express our gender, including how we act or dress. People who feel that their gender matches the sex they were assigned at birth are “cisgender”. For example, a biological female who dresses, talks, acts, and feels she is a woman is considered “cisgender”.

Many people are still figuring out their sexuality, so what you’re feeling is more common than you might think. Lesbian, gay, and bisexual relationships are all normal aspects of human sexuality, and does not mean something is wrong with you. In recent years, many countries have established the human rights for LGBTQ to end discrimination.

So, you aren’t entirely certain (or maybe you’re very certain) that the gender you were assigned to for your entire life is not, in fact, who you are. This is always a personal process of coming to know your own feelings and thoughts about your gender identity. At some point, the process may also include letting others know by having conversations with people you trust and/or through behavior expressing the gender identity that feels comfortable for you.

Many cultures and families have fairly limited ideas about gender identity. They have ideas that gender is equal to biological sex and that there are only two possibilities: male or female.  However, if you or someone you know feels they don’t fit these rigid positions, it can feel isolating, confusing, and scary to be “different.”

If you or someone you know identifies as transgender or are questioning your gender identity but have not yet shared this with others, you may feel like you are hiding a big secret. Maybe this is because you’re worried about how family members, friends, peers, or your community might react.  These may be real concerns, as some people face emotional rejection, verbal abuse, being kicked out of the house, even physical or sexual assault after they share that they are transgender. While there is absolutely no reason to feel ashamed or bad about yourself, it is important to make decisions that help keep you safe.  Having a safety plan of where you can go or who you can contact for help if you need support is an important thing to consider.

If you are transgender or questioning your gender, try and find support. The first step is to get informed and learn that you are not different, strange, or alone. If possible, it can be helpful to find a community, either online or in your town, and meet other similar people.

Currently, it is illegal under Philippine law for a person to change the sex they are assigned at birth. Additionally, people of the same sex are not allowed to be married legally. However, there are organizations working to propose new anti-discrimination laws, including a specific provision against discrimination on the grounds of gender expression or sexual orientation. These new laws are still being reviewed by the senate, but LGBTQ individuals are hopeful for future laws that will protect them as any other citizen.

Everyone is born a unique individual and our gender and sexuality are huge components of who we are. While there are still many challenges in being an LGBTQ person in the Philippines, there are communities and groups wherein you can find support and who are advocating for the rights of LGBTQ people in the country. Know that it is perfectly OK to be LGBTQ, know that you are not alone and that there is help for you out there if you actively and carefully seek it.

Here are some of the groups that are in the forefront of protecting and fighting for the rights of the LGBTQ community :

A community of volunteers that promote HIV awareness and aims to eradicate HIV in the country.

An organization dedicated to propagating information and tackling the different aspects of the life of gay men in the country.

An organization of volunteers who support LGBTQIA+ through events and various community programs.