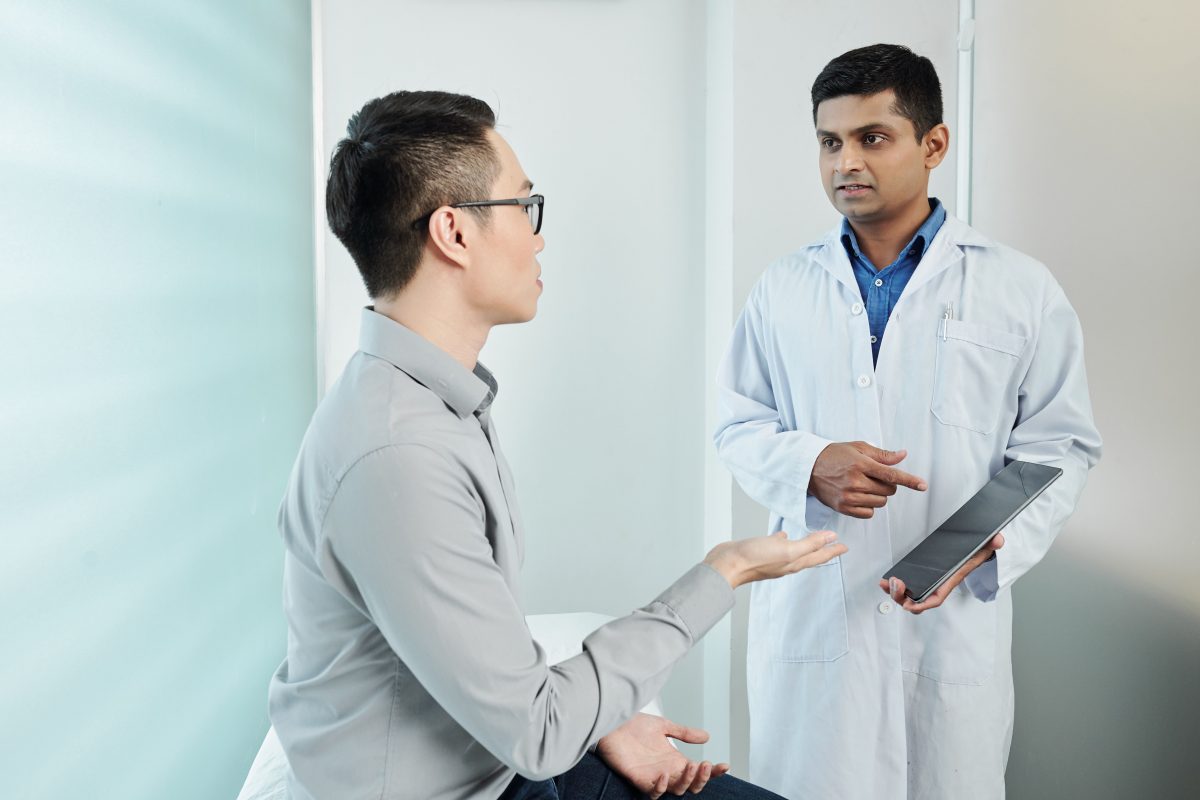 Family planning is a shared responsibility; it shouldn’t just be the woman’s responsibility. As the man of the house, you have these options for taking an active role in planning your own family: condoms or vasectomy. Let’s talk about vasectomy.

What is a vasectomy?

A vasectomy or “the snip” is a simple surgery that usually takes less than 30 minutes. The term “vasectomy” comes from the name vas deferens, the small ducts that transport sperm from the epididymis to the ejaculatory ducts. During a vasectomy, these tubes are cut or blocked off, so sperm can’t travel from the epididymis and out your body to meet and fertilize an egg cell.

Vasectomies are meant to be permanent — so they’re usually irreversible. Attempts to reattach the severed or sealed vas deferens are often unsuccessful or with complications. You should only get a vasectomy if you’re 100% sure that you don’t want to get someone pregnant for the rest of your life and that you won’t change your mind no matter what.

How is a vasectomy carried out?

Vasectomies are usually done in one of two ways: one that requires an incision (a cut in your skin), and one that’s incision-free (no-scalpel or no-cut).

The doctor makes one or two small cuts in the skin of your scrotum. Through these cuts, the vas deferens are blocked off. Sometimes, a tiny part of each tube is removed. The tubes may be tied, blocked with surgical clips, or closed with an electrical current (this is called cauterizing) and then the cut is stitched up. The whole procedure takes about 20 minutes.

The doctor makes one tiny puncture (hole) to reach both vas deferens tubes — the skin of your scrotum isn’t cut with a scalpel. Your tubes are then tied off, cauterized, or blocked. The small puncture heals quickly. You won’t need stitches, and there’s no scarring.

No-scalpel vasectomy reduces bleeding and lowers the risk of infection, bruising, and other complications.

How does a vasectomy work?

Your sperm is produced in the seminiferous tubules of your testicles. Then they travel to the epididymis and develop for several weeks before migrating to the vas deferens. When a man is stimulated from sexual activity, the sperm are mixed with seminal fluid — a whitish liquid produced by the seminal vesicles and the prostate gland — to form semen. As a result of the stimulation, the semen, which contains up to 500 million sperm, is pushed out of the penis through the urethra. The sperm in your semen can cause pregnancy if it gets into a vagina and fertilizes an egg cell.

How effective is a vasectomy?

It’s nearly 100% effective. In very rare cases where the tubes can rejoin, a pregnancy could happen.

Keep in mind that sperm can still get out within the first three months after a vasectomy. Be sure to get the follow-up test that checks on that, so you know when you can stop using another method of birth control just in case.

Where can I get a vasectomy?

You can get a vasectomy for free or with a small donation. No-Scalpel Vasectomy International, Inc. (NSVI) provides FREE vasectomy to those who can’t afford the procedure. Also, PhilHealth covers the cost of the procedure if you are a member or a dependent, subject to the provisions of its benefit package.

You can also avail yourself of the operation in private clinics or hospitals for a much higher price.

Will I still be able to have orgasms and ejaculate after a vasectomy?

Vasectomies don’t change the way having an orgasm or ejaculating feels. Your semen will still look, feel, and taste the same after a vasectomy — it just won’t be able to get anybody pregnant.

If you had a vasectomy, only the supply of sperm is cut off, which is 2-5% of your semen. Not all of the semen is made of sperm; 70% of it is seminal fluid and the rest is made of prostate fluid– all of which can still be produced and ejaculated even after you’ve had a vasectomy.

The patient is given local anesthesia to numb his testicles, so he shouldn’t feel pain. The procedure is very quick, and you can go home the same day.

Will it affect my sex drive?

No. After a successful vasectomy, your testicles will continue to produce the male hormone — testosterone, just as they did before the procedure.

Your sex drive, sensation and ability to have an erection won’t be affected. The only difference is that there’ll be no sperm in your semen.

Will my sperm build up and cause my balls to explode?

After a vasectomy, your body continues to produce sperm. But the sperm doesn’t build up—it’s just reabsorbed by the body as it’s produced.

Some people may temporarily have a sperm granuloma due to an inflammatory reaction during the absorption process, but this typically goes away in 2-4 weeks and can be treated with an anti-inflammatory painkiller like ibuprofen.

Could being sterile affect me emotionally?

Vasectomy is permanent. Before you decide to have the operation, talk with your partner so you can have more clarity. If you’re sure about your decision, you may feel relieved that you don’t need to think about contraception and the possibility of pregnancy again.

But if you feel anxious or uncomfortable about the procedure, or you think you would find it hard to accept being infertile, it may not be suitable for you.

Discuss your options with your doctor. Professional opinion can often alleviate some people’s concerns.