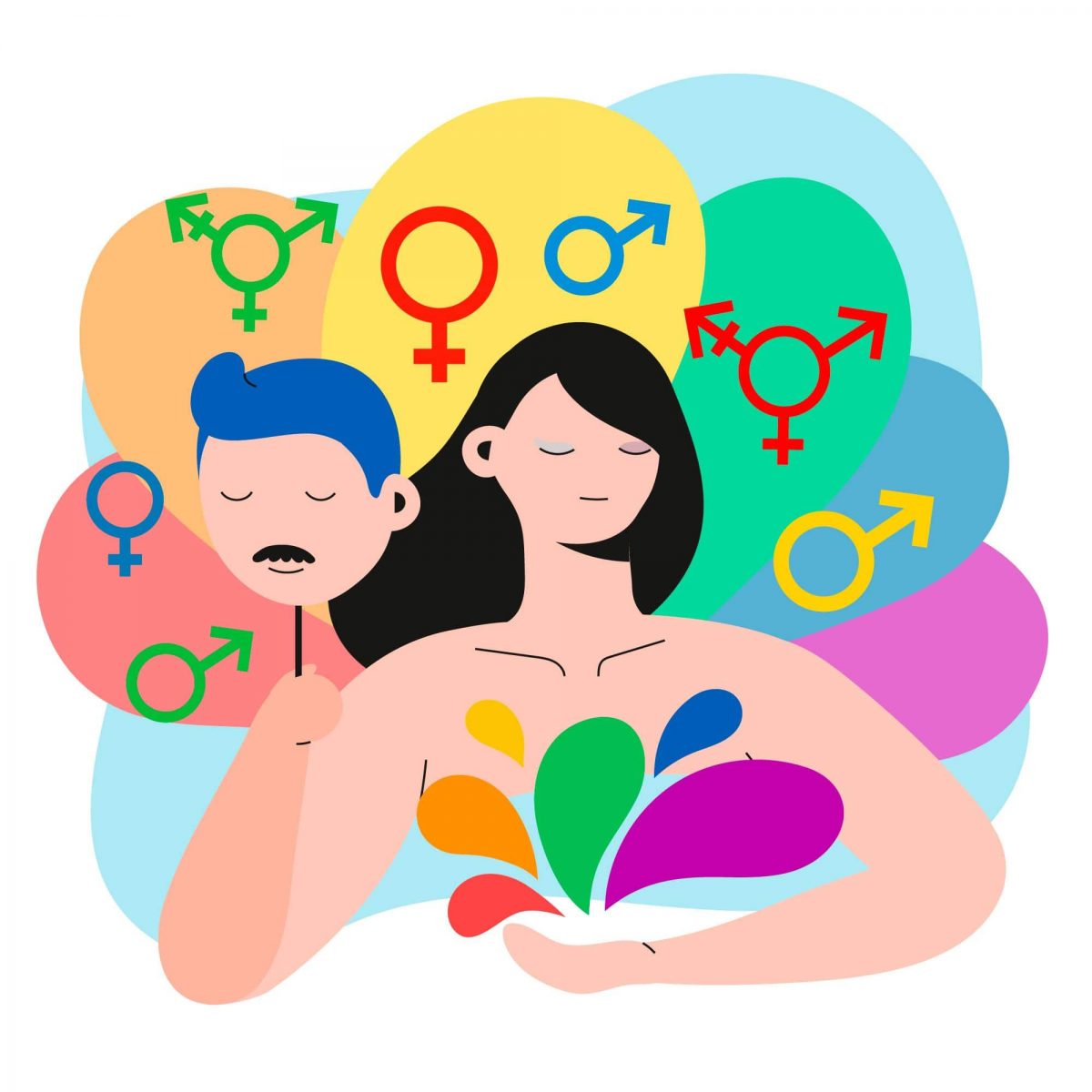 Sex, gender, gender identity, sexual orientation — how are they different from each other??? We understand that they seem confusing at first glance. Individually, they are much deeper and more complex than how we’ll explain them, but it’s actually quite easy to know how each is different.

When you’re born, the doctor will look at medical factors such as hormones, chromosomes, and genitals to assign you your sex. You’ll see this on your birth certificate.

In some cases, a child’s sexual and reproductive anatomy doesn’t fit in the typical definitions of male or female. Doctors usually assign them as intersex. It’s a natural occurrence, not a medical problem. Intersex children do not need medical intervention (such as surgeries or hormone therapy) because they aren’t really medically necessary.

But what do they mean by biological sex?

“Biological sex” is a term people use for calling the sex we are assigned at birth. Sometimes people also use the phrase “assigned male at birth” or “assigned female at birth.” This recognizes that someone, usually a doctor, made the decision for someone else.

The human body is complex, and sometimes the terms biological male or biological female are not enough to fully capture the biological, anatomical, and chromosomal variations going on inside. The assigned biological sex may or may not align with how a person feels or identifies, and with what’s going on with their body.

Gender covers the social and cultural role of each sex. It isn’t about body parts anymore, but rather about how society expects you to act because of your sex.

According to The World Health Organization, gender is defined as:

“Gender refers to the socially constructed characteristics of women and men, such as norms, roles, and relationships of and between groups of women and men. It varies from society to society and can be changed.”

Under the topic of gender is gender roles, which are behaviors, thoughts, and characteristics that the society expects of you based on your assigned sex. These gender roles are often influenced by people’s environment, family interactions, the media, peers, and education. They vary from society to society, and some societies can be more strict than others.

In most societies today, we can see men filling in the roles traditionally seen for women, and women doing things used to be assigned mostly to men. Gender roles and gender stereotypes are fluid; they can change over time and as you immerse yourself in different environments or societies.

“One’s internal, personal sense of being a man or woman. For transgender people, their own internal gender identity does not match the sex they were assigned at birth.

Your feelings and identity are involved in your sexual identity, making it an important part of who you are. Sometimes, sexual orientation may not be evident based on appearance or behavior, and it can also change at some point in your lifetime.