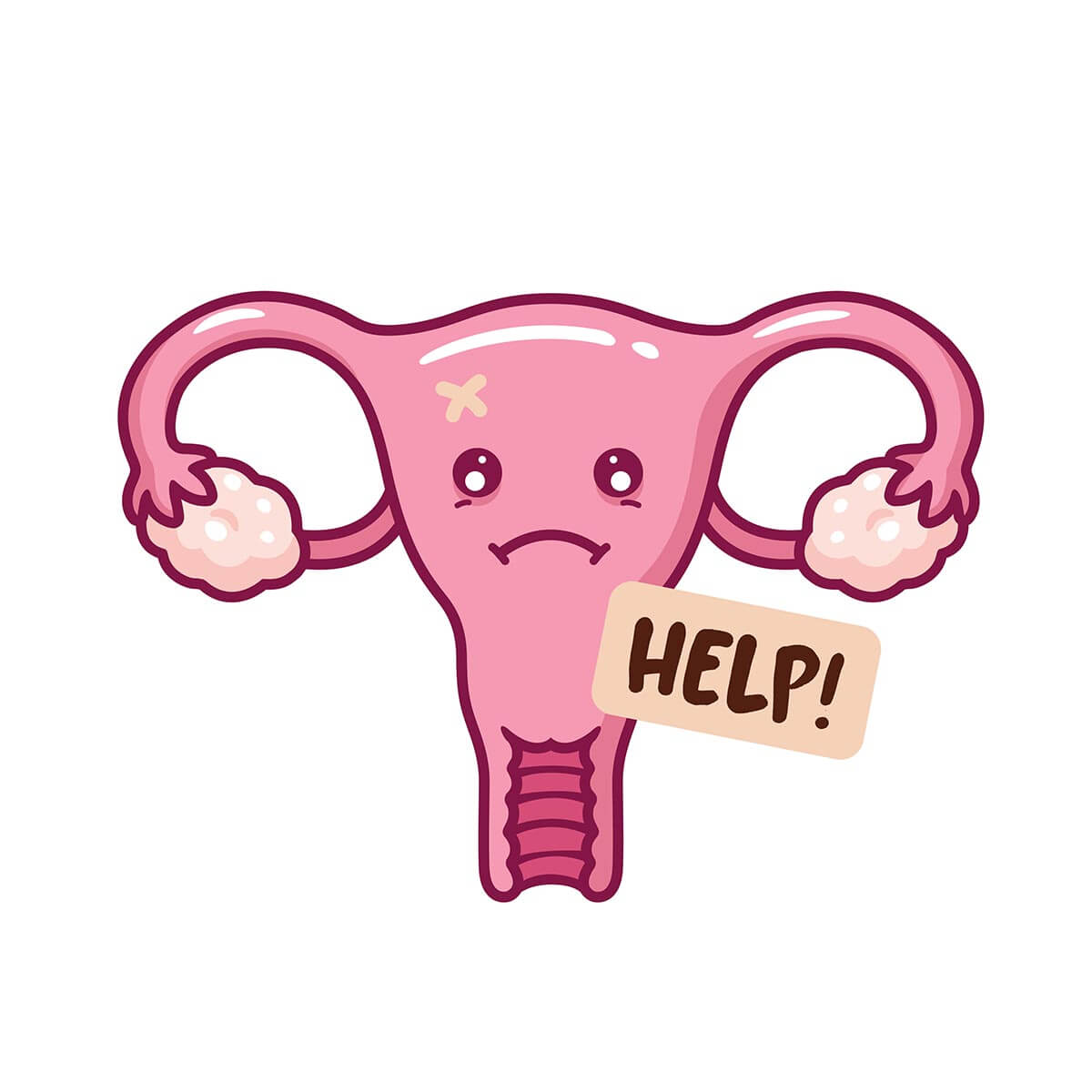 Spotting refers to light vaginal bleeding when you don’t have your period. This is also called intermenstrual bleeding, wherein spotting or bleeding between your normal periods.

A lot of women experience intermenstrual bleeding. It shouldn’t be a cause of concern in most cases, but sometimes it’s a sign of an underlying condition.

Have you experienced intermenstrual bleeding? Read on to learn what are the possible causes.

There are a lot of possible causes of intermenstrual bleeding. Take note of the days when you experience the bleeding, and the other symptoms you are feeling if there are any. Your doctor may help you find out what’s causing it and give you advice for the treatment.

The menstrual cycle is regulated by two hormones: estrogen and progesterone. You may experience spotting when their levels get out of balance. Some things that can affect your hormonal balance are:

Uterine Fibroids are noncancerous and grow in the uterus. They’re usually benign and shrink on their own. Aside from intermenstrual bleeding, other symptoms of fibroids may include:

Some women may not experience any symptoms at all.

Sexually transmitted infections (STIs) such as chlamydia and gonorrhea may cause intermenstrual bleeding or bleeding after sex. Other symptoms of STI are:

STIs can be easily treated and will not cause serious complications, as long as they are completely and properly cured early. Contact your doctor immediately if you think you have an STI.

You can develop pelvic inflammatory disease (PID) if the bacteria from the vagina spread to the uterus, fallopian tubes, or ovaries. The inflammation of the reproductive organ leads to scarring. Other symptoms of PID aside from intermenstrual bleeding are:

Contact your doctor immediately if you experience any symptoms of PID. It can be successfully treated and be prevented from developing complications if diagnosed early.

In rare cases, cancer can cause intermenstrual bleeding. These may include:

A lot of women experience spotting or bleeding during their first trimester. The bleeding may be light and colored pink, red, or brown.

Complications such as a miscarriage and ectopic pregnancy may also cause bleeding during pregnancy.

If the bleeding is heavy and lasts for more than three months, it’s best to consult a doctor about this. They may suggest another contraceptive method for you.

Intermenstrual bleeding may also happen if you don’t take your contraceptives as instructed. An example would be missing your pills.

One of the early signs of pregnancy is implantation bleeding, but not all women will experience it. It occurs when the fertilized egg cell attaches to the uterine lining.

Implantation bleeding often happens a few days before your next expected period. The flow is much lighter and shorter than your typical period.

Perimenopause is the transition to menopause. Hormones are already unstable at this stage. Your periods become irregular, you may experience unusual spotting, and there may be months when you don’t get your period.

Intermenstrual bleeding may result from trauma in the vagina or cervix. This can be due to:

Polyps are abnormal tissue growths. They can be found in the uterus or cervix. Polyps are noncancerous in most cases.

Cervical polyps don’t usually show symptoms, but they may cause:

Generally, no treatment is needed except when they’re causing bothersome symptoms. If the doctor recommends removing the polyps, it’s generally easy and painless.

Uterine polyps are more common in women who have finished menopause. Some may experience light bleeding, while some may not have any symptoms.

Endometriosis is a condition where the uterine lining grows in places where they shouldn’t be. Other symptoms of endometriosis are:

PCOS is a condition wherein the ovaries or adrenal glands too much “male” hormones. For some women with PCOS, they don’t have periods at all or have very few periods in a year.

Besides intermenstrual bleeding, other possible symptoms of PCOS are:

Stress can affect your body in many ways, including your menstrual cycle. Some women may experience intermenstrual bleeding because of high levels of physical or emotional stress.

Some medications such as blood thinners, thyroid medications, and hormonal drugs can cause intermenstrual bleeding.

If you think your spotting is a sign of pregnancy, take a pregnancy test to find out. But if you already know that you’re pregnant and you’ve experienced intermenstrual bleeding, let your doctor know immediately.

Other symptoms you should also watch out for are:

Women who have already been through menopause and are experiencing bleeding should seek medical attention immediately.

There are no home remedies for intermenstrual bleeding. The right treatment for you depends on what’s causing it, which is why it’s important to get checked by your doctor.

If you’re using contraceptives, use them correctly as to how you are instructed. Also, try to lessen your stress levels by giving yourself time to relax and unwind. Having a healthy lifestyle also keeps your body functioning well. Engage in moderate physical activity regularly, and eat a balanced diet.